The Natural and Supernatural History of the Great Ga'Hoole Tree

This section also includes two times of when the Great Tree was in danger of its health. The first story a tale about a time during the Age of Enlightenment when a new species of Rainbow Caterpillars made their way to the island. The Rainbow Caterpillars were first noticed by the Ga'Hoolologist, Sianna, and soon owls found their silk-weaved "luminaspheres" so beautiful that they would spend hours just observing them. Heilo the Blind took notice of the strange trance the tree is under, and brought light to the fact that the caterpillars are actually an infestation, eating the tree's leaves and shoots, stunting its growth. Though Sianna protested, it was decided that all the caterpillars would be killed in order to protect the tree's health. It took several years to recover from this event.

The second tale took place a few centuries before the events of the series. The Ga'Hoolology ryb at the time, Isolde and her chaw were investigating the source of whatever was causing a great sickness of the tree at the time. Isolde found the Blackfire Mushrooms, and sent her chaw members to different locations in the Southern Kingdoms to seek out help. The students Pollianne and Hildeth were sent to the Shadow Forest to seek out Aude, the tree healer. He informed them that it is an affliction known as "black fire," and that it will kill the tree if it is not cured. A cure can be made from an herb called Lyssop, but the plant was hard to come across. Isolde and one of her students, Marduk, went to find the eagles of Ambala for info about the happenings in the kingdoms. They were told about tree's dying of an infliction all around the Southern Kingdoms, and with the information from Aude, they concluded that black fire has returned to the Owl Kingdoms after being thought to be extinct for hundreds of years. Another team, Elva and Sanders, were sent to seek out the help of the Dark Sisters. They possessed some Lyssop, and created a potion from it, giving it to the owls. They spread the potion on the roots, and after several weeks the mushrooms were killed, leaving hollow tunnels through the roots where the sickness once was. This became the listening chambers that the Band used hundreds of years later to listen in on the Parliament.

The Making of a Guardian

This part explains what it takes to be a Guardian of Ga'Hoole. The type of chaws, their contents, and rybs are included as well. For more about the chaws identified in this section, see the Chaw Practice article. The section ends with Otulissa reciting the Guardians' oath.

The Faces of the Great Tree

Otulissa tell of tales that she discovered from research and through other owls. Among these stories include Twilight's encounter with his mother's scroom, young Strix Struma, Ifghar, Honeyvox and the Plonk singers, and one of Theo.

A Year of Celebrations at the Great Tree

This section goes through the known festivals and celebrations known to owls.

Nights and Days at the Great Tree

Here, Otulissa goes through what sections of nights and days are called and what owls do during those times.

As the book closes, Otulissa gives gratitude to those who helped in making this book. Also, she reveals that she felt she'd been led by a spirit of an Other named Kathryn Lasky (the real author of the book).

The last two parts of the book go through some characters that appeared in books 1-8. There is also a glossary of owl terms at the end. 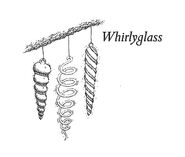 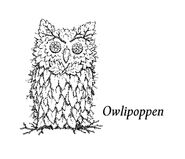 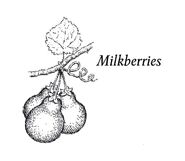 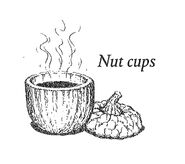 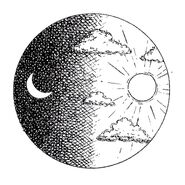