Welcome to the Guardians of Ga'Hoole Wiki!

A community database for the
Guardians of Ga'Hoole series of books and related media.

About Guardians of Ga'Hoole

Guardians of Ga'Hoole is a series of young adult fantasy books written by Kathryn Lasky and published by Scholastic. The stories follow a band of owls, most prominently Soren, Gylfie, Twilight and Digger, and their adventures. The first three books have been adapted into an animated feature, directed by Zack Snyder (Watchmen, 300),

Go to these sites for info or for help with your own wiki!

Want your community included? See how! 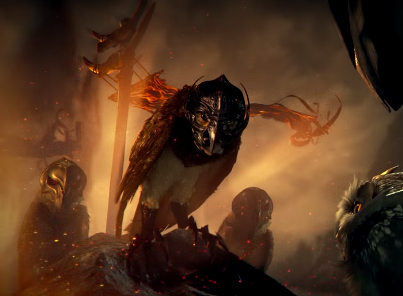 The Pure Ones were a large owl organization consisting mainly of the family Tytonidae, more commonly known as Barn Owls, comprised of species such as Tyto alba, Tyto novaehollandiae, Tyto tenebricosa, and Tyto multipunctata. Its main goal was to eliminate the Guardians of Ga'Hoole and "purify" the owl kingdoms by enslaving non-Tyto owls and destroying any opposition.